The discourse on affirmative action overwhelmingly emphasizes its controversial nature. However, its scope of potential benefits is often not adequately considered because the responses often exclusively highlight its impact on minorities. Affirmative Action programs not only have the potential to make minority subgroups better represented in the skilled workforce, but also have the power to give other members of the workforce a more holistic understanding of doing a ‘good job’ through a rich, culturally-dynamic experience in the workplace. By making professions more representative of the population, one is simultaneously better preparing non-minority professionals for working in the ‘real world’ filled with ethnic diversity. In this sense, Affirmative Action has a plethora of positive effects on both minority and majority subgroups. This has been exemplified in the medical profession and its affirmative action efforts in their admission process.

Dr. Saleem Razack, Assistant Dean of Admissions, Equity and Diversity of the Faculty of Medicine at McGill University, urges that “the profession of medicine needs to work at being more representative of the population at large”. The primary goal of the medical profession is to serve the community’s healthcare needs. However, in order to do so, it is imperative that medical professionals have a comprehensive understanding of the community it purports to serve. Currently, “classes are overwhelmingly composed of students that come from upper socioeconomic backgrounds,” which is about seven to eight times over representing the general population, and with regards to aboriginals is “about a thirtyfold under representation compared to the general population, and this for us is a real emergency.”

The strategic approach undertaken by the McGill Faculty of Medicine is targeted recruitment. Ensuring that minority groups are receiving the necessary opportunities and resources is initiated by getting the message out in order for these groups to realize that a career in medicine is a possible option. By broadening the scope of recruitment, one is simultaneously making efforts at being more inclusive and accurately representing the population. A major barrier is that highly valued and expected prerequisites are not made available to marginalized groups. This is often due to their geographical isolation, as is the case for Aboriginals and the rural population. “A Cree student living in Chibougamau, a small community up north, can’t even take the right chemistry course at the school associated to get into the right courses in CEGEP to get into medical school…that’s a real barrier” adds Dr. Razack. The students must leave their home community at a young age in order to receive the appropriate requirements.

In addition to the most pressing issue of lack of opportunity and resources being made available to marginalized groups, Affirmative Action ultimately challenges our epistemology of excellence. From an anthropological perspective, it is imperative to acknowledge and criticize our ethnocentric position. It is important to critically reevaluate the concepts we take for granted as intrinsically true and value neutral, and recognize that these preconceptions are in fact a product of our cultural upbringing.

The value and meaning of excellence is unique to our particular cultural standpoint. Therefore, it is essential not to solely measure excellence according to the dominant group but to consider its meaning and reference in a minority group as well. Dr. Razack suggests a more holistic approach concerning whether “our definitions of who’s going to be an excellent person applying to our programs can be widened and understood as needing to look for people from all kinds of different educational backgrounds, and all kinds of different life trajectories.” Rather than judging excellence solely by the criteria and standards of the majority population, this holistic tactic is urgently needed. He continues, “we have to really look at the whole person, we have to look at their ensemble of experiences and really try and understand what they would bring into medicine.” Such efforts have been reflected in the revision of selection tools in medical school admission. Rather than merely focusing on GPA and MCAT results, which has been commodified by the ‘test preparation industry’, interview-scenarios attending to diversity are emphasized. As cited in Dr. Razack’s publication (Calling for a Broader Conceptualization of Diversity: Surface and Deep Diversity in Four Canadian Medical Schools), “financial influence has clearly entered the medical school application process. The ability  to harness available resources may give those who can afford them an advantage.”

Interviewee: Saleem Razack: Assistant Dean of Admissions for the Faculty of Medicine. Source:Mcgill.ca

Finally, Affirmative Action programs have profound benefits on all groups involved, not just minority subgroups. A diverse class comprised of varied backgrounds provides a “rich learning environment.”  Dr. Razack explains that data has revealed “small groups composed of diverse individuals are actually going to be better at problem solving.” This helps us appreciate that an environment, such as our work or learning environment, filled with diversity allows for multiple perspectives to be considered. Taking affirmative action as exemplified in the efforts of McGill Faculty of Medicine ultimately urges for admissions and selections into professions to be more comprehensive, inclusive and holistic. 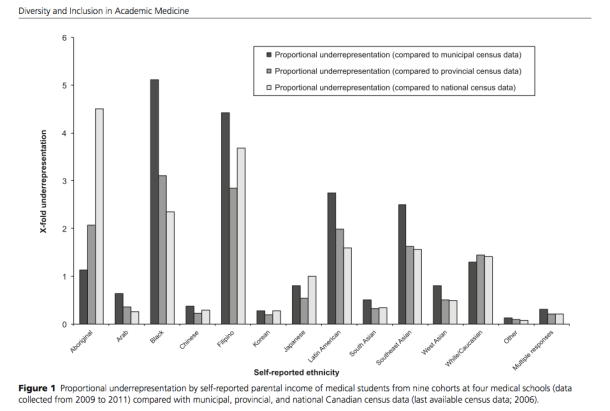 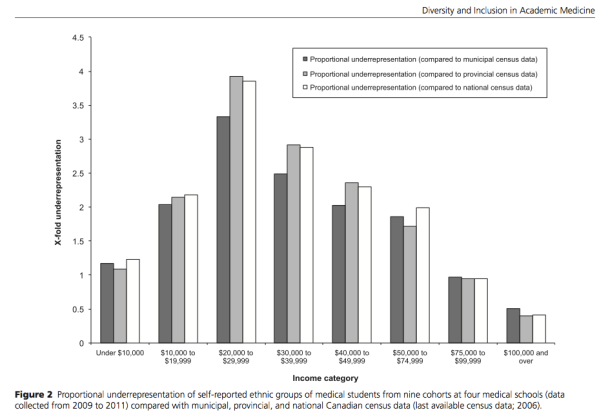